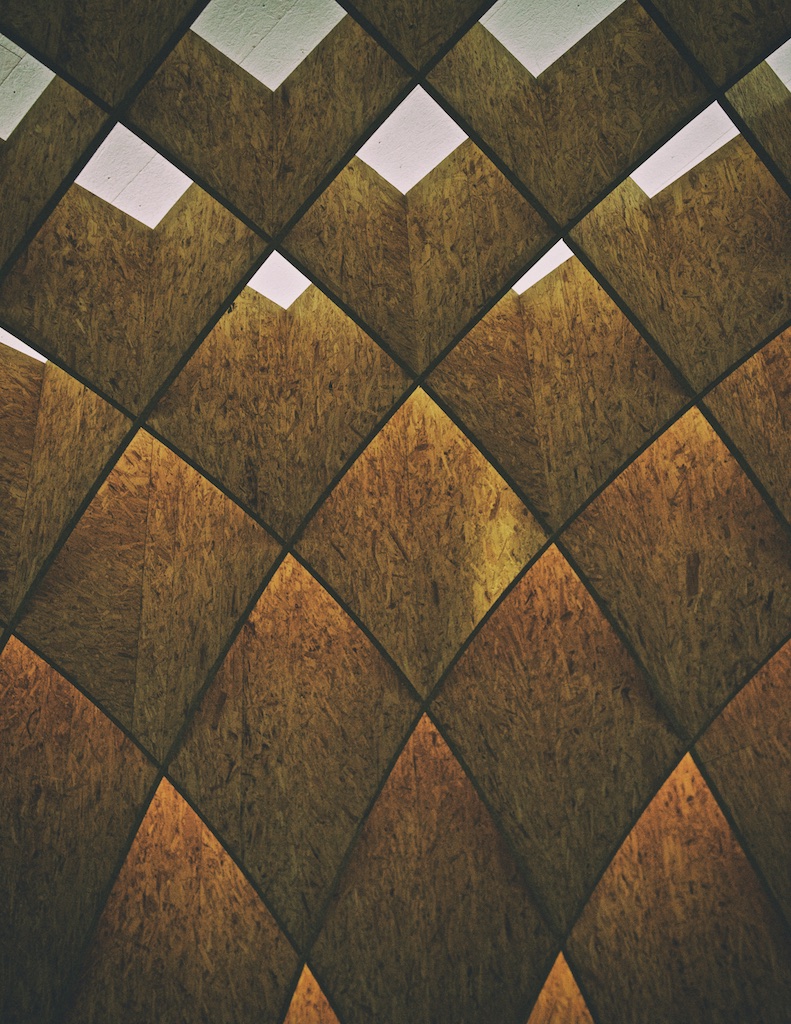 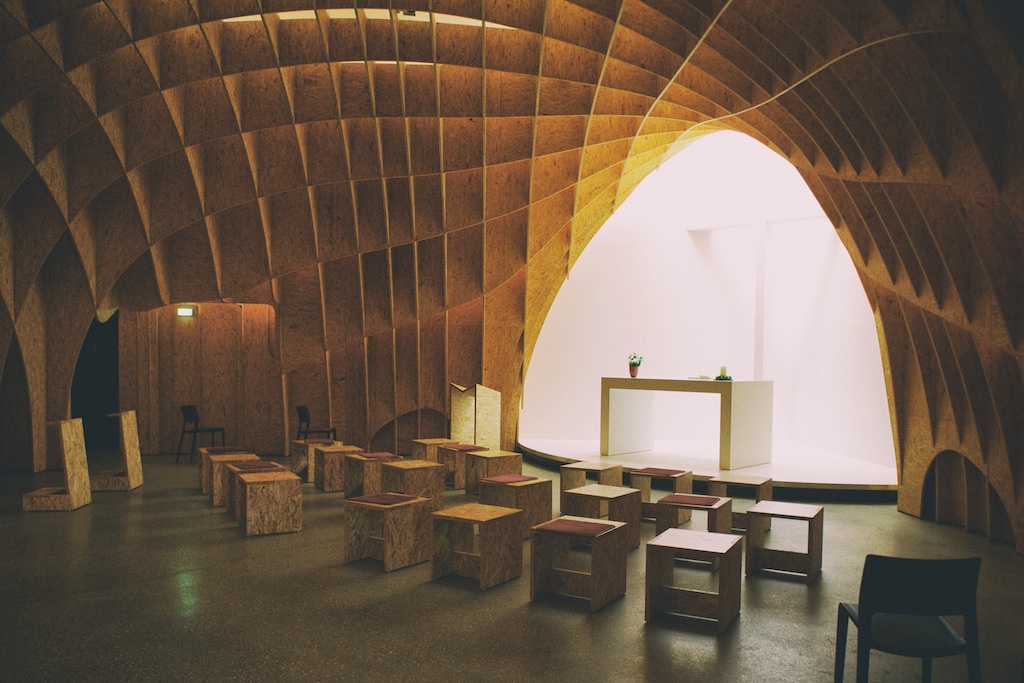 A decision to build a new church in the autobahn came after an initiative from Hartmut Hering. They found out most of the churches were as far as Münster and near Wiesbaden. A competition was run and in 2009 schneider+schumacher won a competition run by the Förderverein Autobahnkirche Siegerland, which was founded specifically in order to set up a competition for this building.

This three-dimensional interpretation of a church pictogram can be seen from both the motorway and the service station as a stylised white silhouette of a traditional village church.

The inner dome opens up to the area around the altar, which receives only natural light from above through both church spires. The filigree wooden vault resembles a delicate cross-ribbed structure.
Building work began in March 2011, commencing with the archaic sculptural concrete foundation slab, which forms the base for the timber-framed structure of the church above.

The artificial lighting was done by ERCO