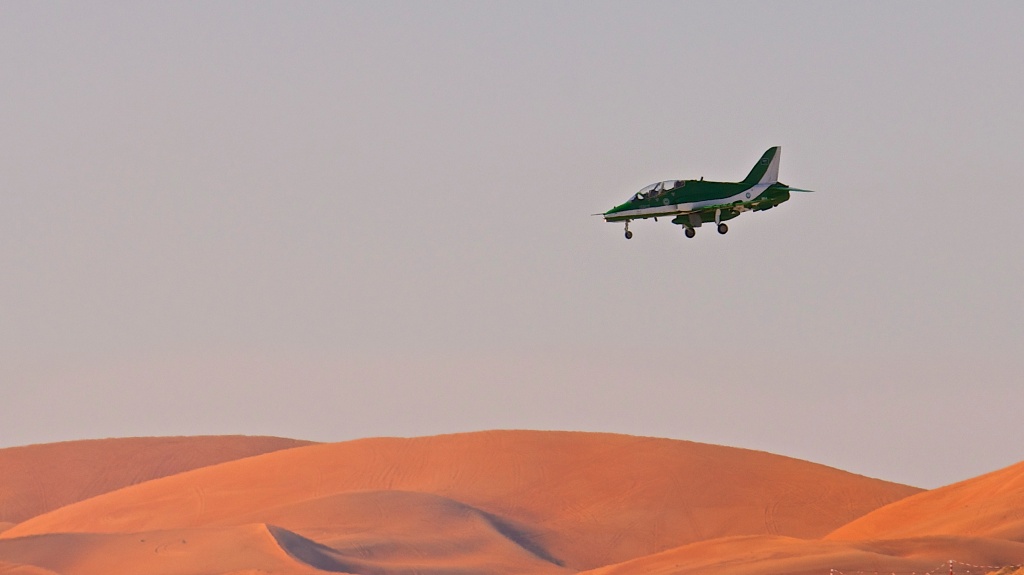 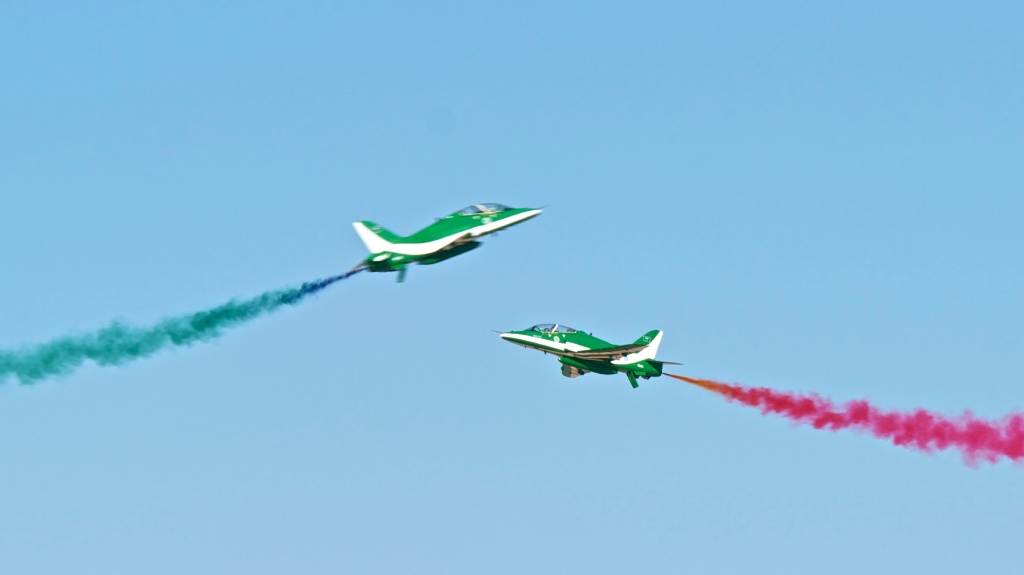 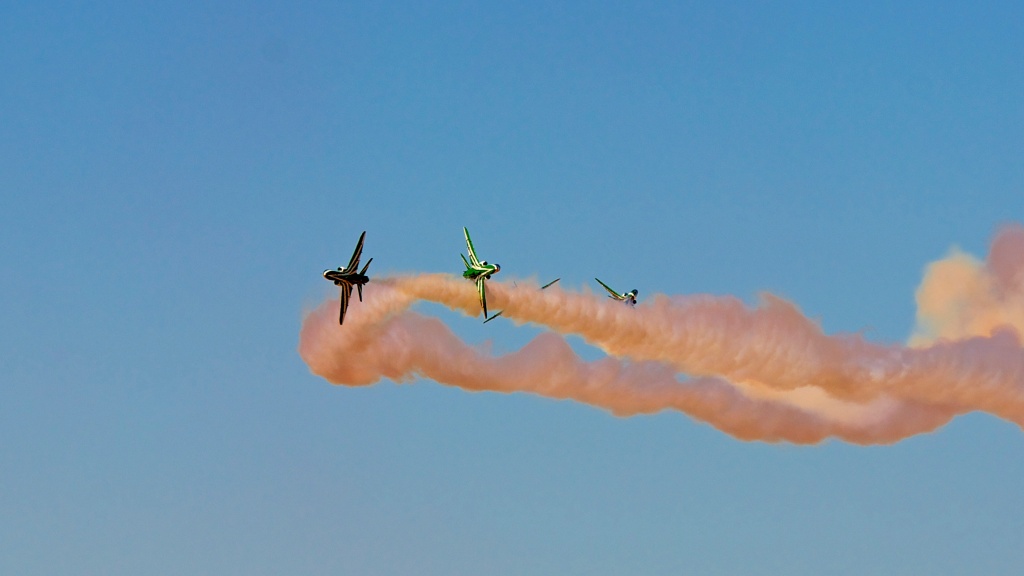 A frequent visitor to the Al Ain Airshow, The Saudi Hawks Aerobatic Team was formed in June 1998 at King Abdulaziz Air Base (Dhahran).

Their first show was in January 1999 in the Saudi kingdom’s capital, Riyadh, as part of Saudi Arabia’s 100th anniversary celebrations. They flew at the 1999 Malta International Airshow and in February 2000 they displayed in Bahrain. From June 2002, the team toured the kingdom for four months and performed at civil and military shows. The team performed its first ever display in Europe at the Air Power 2011 in Zeltweg.