One of the key aerospace event in this region, Dubai Airshow can brag about being the deal maker for multi billion dollar aircraft deals for regional carriers. Organized under the patronage of HH Sheikh Mohammed bin Rashid Al Maktoum, Vice President and Prime Minister of the UAE and Ruler of Dubai, and in co-operation with Dubai Civil Aviation Authority, Dubai Airports, Dubai World Central and the UAE Armed Forces happens ones in every 2 yrs.

The fowling are teaser images form the two days I was there to cover the event. My main interest was in eh flying display, which took place from 1400 Hrs to 1630 Hrs every day. The show started with the aerobatic display of UAE’s Al Fursan and ended with the famous Red Arrow’s flying display.

The weather played spoil sport as the stand storm started on the beginning of the show went on for the rest of the week. 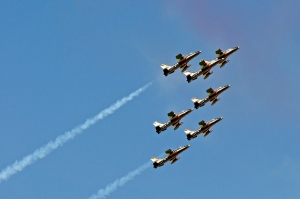 Al Fursan (Arabic: ﺍﻟﻔﺮﺳﺎﻥ‎; in English The Knights) is the aerobatics demonstration team of the United Arab Emirates Air Force. It was formed in 2010 with Italian-built Aermacchi MB-339NAT jet aircraft.[1] The team has a total of seven aircraft, of which six are used for performances and the seventh as a spare.

UAE’s Al Fursan aerobatic team. I was quite impressed by their performance. their main objective is to raise the UAE flag and show the proficiency of the Air Force and armed forces. 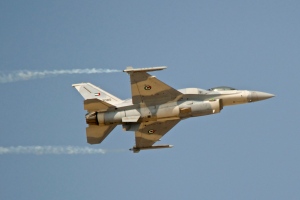 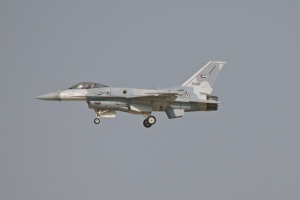 The Dassault Mirage 2000 is a French multirole, single-engine fourth-generation jet fighter manufactured by Dassault Aviation. It was designed in the late 1970s as a lightweight fighter based on the Mirage III for the French Air Force. . One of my favourite aircraft.

The Airbus A380 is a double-deck, wide-body, four-engine jet airliner. It is the world’s largest passenger airliner; many airports have upgraded their facilities to accommodate it because of its size. . Always a pleasure to photograph these beauty. 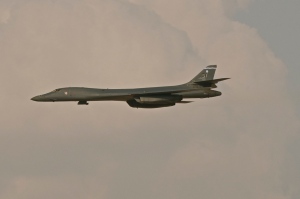 The Rockwell B-1 Lancer is a four-engine supersonic variable-sweep wing strategic bomber. You never get to see them in air shows normally. Their presence here is intriguing to me.

The Boeing P-8 Poseidon is a military aircraft currently being developed for the United States Navy. The aircraft is being developed by Boeing Defense, Space & Security, modified from the 737-800. The P-8 is intended to conduct anti-submarine warfare (ASW) and shipping interdiction and to engage in an electronic intelligence (ELINT) role. 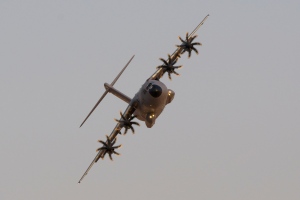 The Airbus A400M Atlas,[3][4] is a multi-national four-engine turboprop military transport aircraft. It was designed by Airbus Military as a tactical airlifter with strategic capabilities.[

Al Fursan with Emirates Airbus 380. This was one of the best display in the show.

The famed British Red Arrows. Dusty weather and bad light made getting good pictures not easy.